After viewing the performance piece, Identify, by artist Sheldon Scott at the National Portrait Gallery, light artist Craig Kraft was reminded that the gallery considers all media in its exhibitions and collection. He decided that a neon and painting portrait of president Donald Trump would be a grand subject for a collaborative piece. He asked his friend Luis Del Valle, esteemed portrait and muralist, if he wanted to work on the project together. 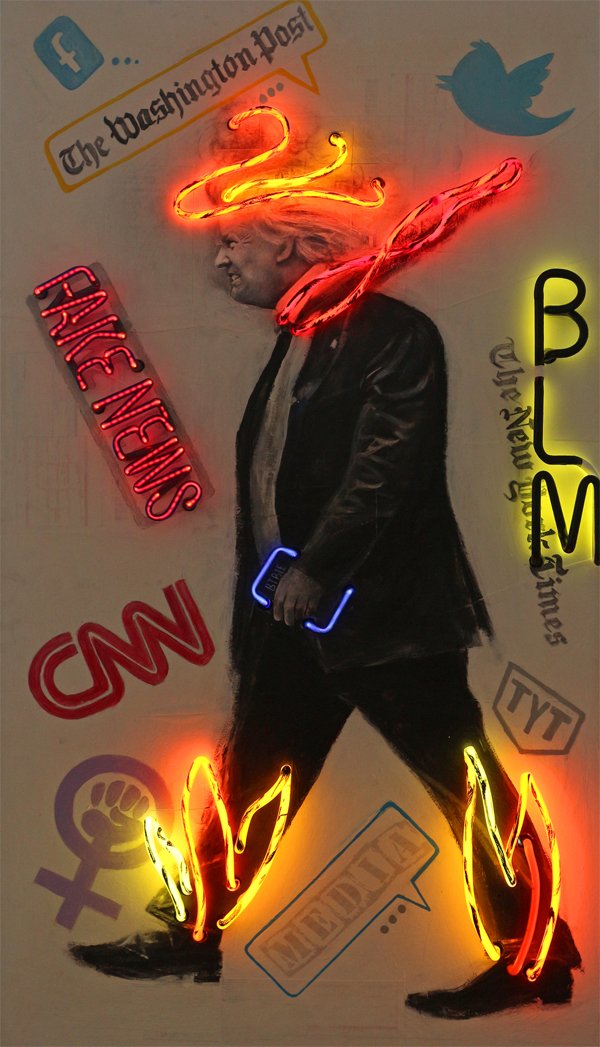 Luis shared Kraft’s enthusiasm and the collaboration began! In the past four months, they have created a provocative portrait of president Trump. This mixed media artwork alludes to many of his controversial positions and relationships with people of color, women, religion and especially the media. Fake news blinks on and off, with constant, annoying repetition. Trump is literally, “on fire!” Luis prefers the artwork to be left untitled so the public can interpret it on their own. From Kraft’s perspective, the piece shows Trump going up in his own flames.

Now on Display in the front window of the Anacostia Arts Center located at 1231 Good Hope Rd SE, Washington, DC 20020.