The American Immigration Council honored artist Phillip Ratner with its Immigrant Achievement Award, which recognizes notable immigrants and their advocates in celebration of their talents, contributions, and accomplishments.

“For over 30 years, the American Immigration Council has lived by the motto ‘honoring our immigrant past, shaping our immigrant future,’ and Phillip Ratner’s artwork is a testament to the enduring power of our country’s immigrant history. This year we are thrilled to commemorate Phillip Ratner’s vision and commitment to celebrating the immigrant experience through art. His sculptures embody the diverse contributions generations of immigrants bring to this nation,” said Beth Werlin, executive director of the American Immigration Council. 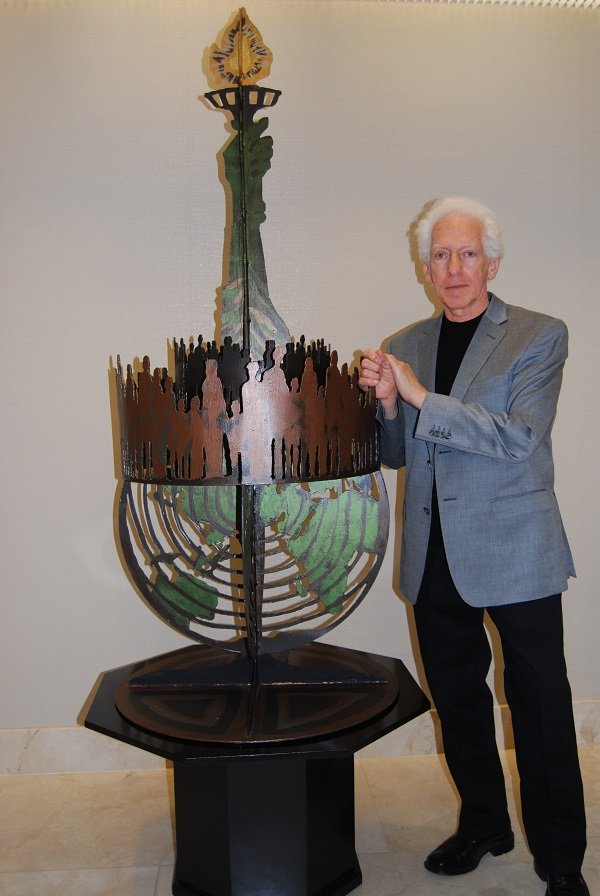 Ratner is a world-renowned artist who has worked across mediums—sculpture, painting, etched glass, tapestry, and drawing. His sculptures often capture the immigrant experience. They greet arrivals on Ellis Island, stand alongside the Statue of Liberty, and are on display at the Supreme Court. “Telling the story of immigrants making the United States their home—a connection that many Americans share—is very inspiring to me. Capturing our shared immigrant history, especially at a time when the issue seems divisive, is a reminder that we have more in common and a rich history to celebrate,” said Phillip Ratner, artist and founder of the Ratner Museum in Bethesda, Maryland. “All four of my grandparents were immigrants, so I have always found inspiration in bringing to life the stories they told me about their coming to America.”

Some of Ratner’s most prolific artworks are included in the permanent collections of the Smithsonian, the Library of Congress, and the White House.

Notably, Ratner created a collection honoring America’s immigration history as part of the Department of Interior’s efforts to restore Ellis Island in 2001. The collection features a series of bronze statues that are symbolic of immigrants coming to America. Many of the 41 sculptures depict families arriving with little more than suitcases. Five additional pieces stand on the grounds of the Statue of Liberty and depict the statue’s founders, Frederic Auguste Bartholdi, Alexandre Gustave Eiffel, Edouard Rene de Laboulaye, Emma Lazarus, and Joseph Pulitzer. The Council has recognized the achievements of many outstanding immigrants and their advocates. Past honorees include musician Carlos Santana, Nobel Prize winning physicist Daniel Tsui, General Colin Powell, US Senator Daniel Inouye, the Southern Poverty Law Center, TheDream.Us, and writer and human rights activist Gerda Weissman Klein.