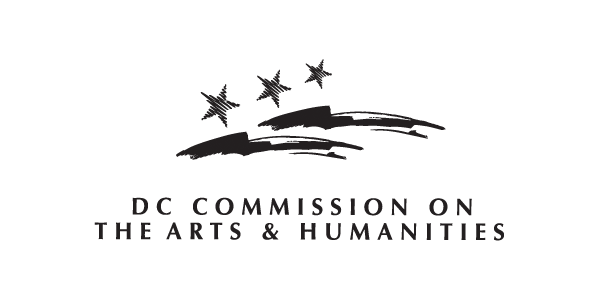 “MuralsDC is an important program that gives us another platform to uplift local creatives, advance DC values, and deliver fantastic art installations to our neighborhoods,” said Mayor Bowser. “With our first mural of the 2021 season, we are proud to highlight an important cause and celebrate the rights of African American women, men, and children to wear their natural hair proudly.”

Taylor’s installation is one of seven murals that will be commissioned in Wards 1, 2, 5, 6, and 8 this summer. The local artists participating in the program will be guided by themes of Social Justice, Unity, Respect for the Environment, and DC Pride. The initial installation was created in partnership with the Department of Public Works (DPW), the Mayor’s Office on Women’s Policy and Initiatives, and the DC-based Dove JOY Collective marketing and ad agency. The wall was donated by the Southeast Collaborative, whose building houses Busboys and Poets, with additional support from the Anacostia Business Improvement District.

“MuralsDC is launching its 14th season celebrating diversity and sending a message to women like me that I don’t have to conform to unhealthy hair styling practices to be accepted and respected,” said Interim DPW Director Christine Davis. “This is just the first example of a summer that will be filled with murals designed to uplift and celebrate the human race.”

MuralsDC is funded primarily by DPW with additional funding by the Commission on the Arts and Humanities (CAH). Since 2007, DCMurals has sponsored and supported 133 original works of art on walls in every ward of the city.

“For well over a decade now, the Arts Commission has partnered with the DC Department of Public Works on the MuralsDC project to beautify our city one wall at a time,” said CAH Executive Director Heran Sereke-Brhan. “We are proud to support muralist Candice Taylor as she uses public art to call attention to this movement and celebrate the beauty that is natural hair.”

While the application process for artists for the Summer 2021 season has closed, property owners can donate a wall to the MuralsDC program by contacting murals.dc@dc.gov.

This news brief is an update of Kate Fleming and Tom Woodruff's 50 States Project.  You can read about the first leg of their journey HERE.   From Kate and Tom: Dear Friends and Supporters, Hello from Montana, our 40th state! We’re here with only ten states left because of YOU...

The National Postal Museum reopened its doors Friday, August 27. Hours: Friday through Tuesday, 10:00 a.m. – 5:30 p.m. (Closed Wednesdays & Thursdays until further notice.) Timed-entry passes are not required to visit the museum. US Postal Museum has worked to create a safe environment for visitors and staff. We...

On behalf of the Town of Riverdale Park, the Hyattsville Community Development Corporation (CDC) has announced the arrival of five new sculptures across Riverdale Park. The Riverdale Park Public Art Initiative executes the Town’s plan to create an engaging, publicly accessible outdoor sculpture art gallery within its many flourishing neighborhoods. Riverdale...