The Capitol Hill Arts Workshop (CHAW), in partnership with Eastern Market Main Street (EMMS), is excited to announce the next phase of the Capitol Hill Alphabet Animal Art Project, a community-based public art project featuring installed sculptures on selected street signs in the Southeast quadrant of DC. In 2014, 10 sculptures were successfully installed through a pilot partnership with the DC Department of Transportation (DDOT).  Funded by a recent grant from the DC Community of the Arts and Humanities, the Alphabet Animal Art Project will work with DDOT to install ten additional sculptures throughout Advisory Neighborhood Commission 6B to intentionally broaden the span of the Alphabet Animal “path.” The new animal sculptures will be unveiled on Thursday, April 16, 2020 during Eastern Market Main Street’s Third Thursday celebration.

“The Alphabet Animal Art Project is so special,” says Hannah Jacobson, Project Manager, “and all of the sculptures both already completed and in production tell a story: individually in conversation with their street corners, their artists, and their materials, and together as a collective pathway encouraging new ways of engaging with spaces that may feel familiar. We are thrilled to be able to add another 10 animals to our community.” 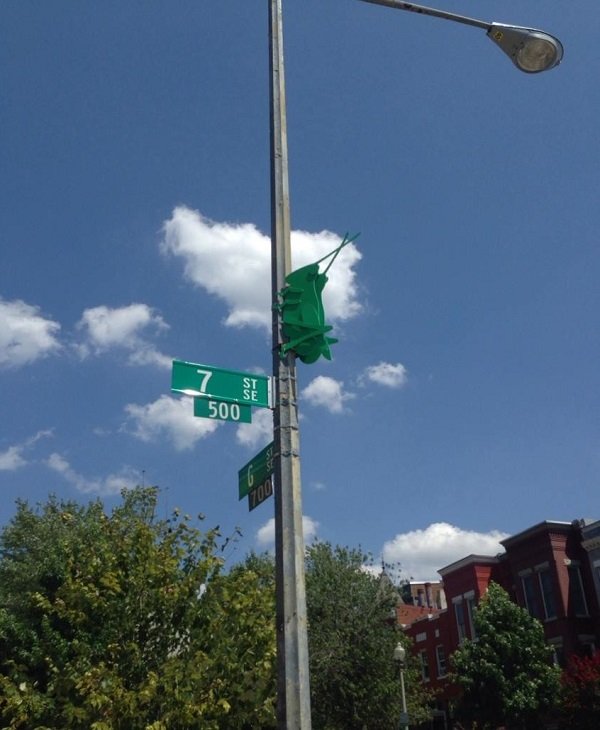 The Alphabet Animal Art Project was originally conceived by a father walking with his two children in Capitol Hill. As he walked past lettered street names, he pointed out, “K Street—K is for Kangaroo.” He brought the idea to the Capitol Hill Arts Workshop (CHAW), and so the Alphabet Animals were born.

As a continuation of the previous 2014 project, the Alphabet Animals will follow in the

Since 1972, the Capitol Hill Arts Workshop (CHAW) has provided arts education to thousands of children and adults in the Washington region, especially from the greater Capitol Hill area. Through classes, performances, and exhibitions in visual and performing arts, CHAW brings together diverse segments of the population to connect through the transformative power of creativity.  CHAW offers a tuition assistance program and flexible payment plans. CHAW is funded in part by the DC Commission on the Arts & Humanities, an agency supported in part by the National Endowment for the Arts. CHAW is a featured charity in the 2014-2015 Catalogue for Philanthropy, mentioned as Best Venue to See on the Cheap in DCist’s 2014 Best Theater Venues in DC, the 2015 & 2016 winner for Best Arts Class in the Washington City Paper Readers’ Poll, 2014 & 2015 Hilly Award winner for Best Arts Organization/Venue, the winner of the 2017 Irene Pollin Community Engagement Award through the NSO and the recipient of the Bloomberg Philanthropies’ Arts Innovation and Management program.