The National Gallery of Art announced today the appointment of Steven Nelson as Dean of the Center for Advanced Study in the Visual Arts (CASVA). Nelson is currently the Andrew W. Mellon Professor at CASVA (2018–2020), on leave from the University of California, Los Angeles (UCLA), where he is professor of African and African American art history and director of the UCLA African Studies Center. Nelson will become CASVA’s third dean since its founding in 1979 and will succeed Elizabeth Cropper, who will retire in late May 2020. Nelson will begin his tenure in July. 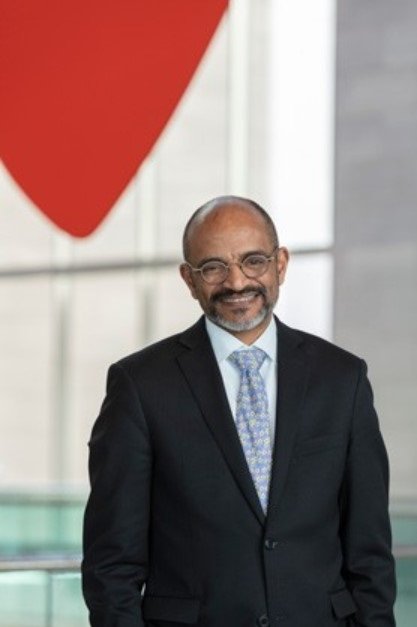 “I am so pleased that Steven Nelson will be our next dean of CASVA. Steven’s teaching legacy and international scholarly reputation in the field of art history, combined with his remarkable ability to provide support for a wide-ranging community of scholars makes him the perfect fit. This position requires collaboration and intellectual leadership on an international level as well as cultivating a new and diverse generation of art historians, curators, and scholars, and Steven does that beautifully,” said Kaywin Feldman, director of the National Gallery of Art, Washington.

“I look forward to facilitating the rigorous scholarship that has been a hallmark at CASVA while aiding the advancement of the Gallery’s vision for a more inclusive definition of its collections and stronger connections with communities in Washington and beyond,” said Nelson. “The Gallery is going in stimulating new directions. I see CASVA’s dean as a primary partner in its provocative transformation.”

As dean, Nelson’s key duties will include leadership, scholarship, and fundraising for CASVA. Dean of CASVA is one of seven executive officer positions at the Gallery, reporting to Feldman. Nelson will participate in policy-making and strategic objectives for not only CASVA but also the entire Gallery. He will lead research in art history on an international level, fostering all CASVA programs and advancing their quality in philosophy and detail.

Steven Nelson
Nelson’s award-winning scholarship, teaching, administration, and service have contributed to his international recognition as a leader both in his areas of expertise and in art history more broadly. Nelson is the presenter of the inaugural Richard D. Cohen Lectures on African and African American Art at Harvard University. He has held visiting appointments at the Universidad de los Andes in Bogotá and the École des Hautes Études en Sciences Sociales in Paris.

In addition to his tenure as director of the UCLA African Studies Center, Nelson’s recent leadership experience includes advising on UCLA’s diversity and inclusion strategic planning. Since 2015, Nelson has worked closely with the university’s nearly 70 Africanist faculty members, other University of California campuses, the Fowler Museum at UCLA, and African cultural attachés based in Los Angeles to increase opportunities for pioneering research and expand the African Studies Center’s outreach at home and in Africa.

Over the course of his teaching career, Nelson has advised more than 100 BA, MA, MFA, and doctoral students. At UCLA, he teaches classes that range in enrollment from three to 315 on subjects such as African art, African American art, black power in art, African architecture, African cinema, and art-historical methodologies. As chair of the UCLA Graduate Council from 2009 to 2011, he led the council in making policy for graduate education at the university, regulating graduate courses and programs.

Nelson’s investment in scholarship transcends the classroom and encompasses fields of interest beyond art history, including architecture, urbanism, and film. As dean, Nelson will recruit fellows of the highest quality at all levels of post-graduate and professional work. He will also advance CASVA’s research for the benefit of the field.

Nelson’s book From Cameroon to Paris: Mousgoum Architecture In and Out of Africa (University of Chicago Press, 2007) has won multiple awards. His writings on the contemporary and historic arts, architecture, and urbanism of Africa and its diasporas; African American art history; and queer studies have appeared in anthologies and exhibition catalogs as well as in African Arts, Architecture New York, Art Bulletin, Artforum, Art Journal, Documents, Journal of Homosexuality, Museums International, New Formations, and Politique Africaine. Nelson has received numerous fellowships and visiting appointments.

As CASVA’s Andrew W. Mellon Professor, Nelson has completed two new manuscripts: “Structural Adjustment: Mapping, Geography, and the Visual Cultures of Blackness” and “On the Underground Railroad.” As part of CASVA’s initiative on African American art, he is co-editing a scholarly volume titled The Black Modernisms Seminars, which will appear in 2021. In 2019, Nelson participated in the Gallery’s historic Datathon, which provocatively brought together data analysis and art-historical inquiry. This two-day event was inspired in part by his 2019 co-authored study, “Diversity of Artists in Major U.S. Museums.”

The management of CASVA’s budget of private and public funds and fundraising for its future projects are critical, and Nelson is a proven fundraiser. Since 2012, he has administered the National Committee of the History of Art’s endowment. He also oversees the African Studies Center’s budget. During his time at UCLA, Nelson secured several six-figure gifts supporting necessary funding for scholarly research, public programs, archives digitization, and cultural exchanges.

Nelson currently holds several membership and leadership positions outside of UCLA. He is a member of the General Assembly of the Comité international d’histoire de l’art and a contributing editor of Grove Art Online. Nelson previously served as president of the Arts Council of the African Studies Association, a member of the advisory board for CASVA (2013–2017), and reviews editor for Art Journal and for the Journal of the Society of Architectural Historians.

Nelson earned a BA in studio art from Yale University, and an AM and PhD in art history from Harvard University.

The event is scheduled for Saturday, June 18 from 12pm to 5pm.