The National Gallery of Art has announced the appointment of Sheila McDaniel as administrator. The Gallery’s administrator oversees the divisions of administrative support, architecture and capital improvement, facilities, horticulture, personnel, procurement, and security, which comprise more than one-third of the museum’s staff. Since 2004, McDaniel has been the deputy director of finance and operations at The Studio Museum in Harlem. When she begins her tenure on September 14, she will become the Gallery’s seventh administrator since the museum was founded in 1937 and will succeed Darrell Willson, who retired on July 3. 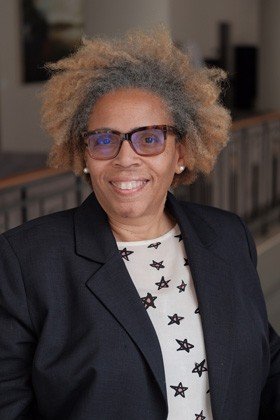 “The evolving leadership team of the National Gallery of Art is immeasurably strengthened with the appointment of Sheila McDaniel as administrator. Sheila is a leader who combines a down-to-earth manner with a staggering array of capabilities. She has the rare ability to handle the myriad details and strategic implications of museum management while uniting the staff behind her. We are immensely pleased to welcome her to Washington,” said Kaywin Feldman, director of the National Gallery of Art.

In addition to overseeing the hundreds of Gallery staff who care for the 1.3 million square feet of space, including the iconic, architecturally significant buildings and landscapes, McDaniel will manage a nearly $100 million annual budget for operations and building renovations, including the complex, multiyear Master Facilities Plan.

“I have dedicated my entire career to serving communities through art and education. Now, coming to Washington, I will have the honor of working for a community that encompasses all the United States. The National Gallery of Art is a treasure that belongs to every American, and unlike most other treasure, it becomes more valuable the more it is shared. I am deeply grateful for the opportunity to serve and look forward eagerly to working with Kaywin and her extraordinary team,” said Sheila McDaniel.

McDaniel’s areas of expertise include change management, human resource development, nonprofit financial management, and organizational development. At The Studio Museum in Harlem, she is a member of the leadership team responsible for implementing the museum’s strategic plan and managing the construction of a new facility that spans 80,000 square feet.

McDaniel previously served as the associate executive director for operations at the Hetrick-Martin Institute, where she was part of the team that opened Harvey Milk High School. McDaniel has also served as treasurer on several nonprofit boards, including those of ArtTable, Bronx Council on the Arts, and North Star Fund.

McDaniel holds an MA in public administration from Baruch College. A lifelong learner, she is pursuing a doctor of education in adult learning and leadership at Columbia University.