It was night-time and we were somewhere in between Mississippi and Louisiana. It had been a long day of driving (and just a little bit of bickering) and we just wanted to get to our campsite.

Tom suddenly looked concerned. “The car just did something weird. But maybe it was nothing…”

The car shuddered again and this time I felt it. The engine was losing power and we were lurching down the highway.

Tom jammed the wheel to the right with effort, the power steering beginning to fail. He managed to coax the car onto an exit ramp, where it promptly died. We sat in disbelief. The engine had been running perfectly from the day we bought the car.

“Should I call triple A?” I asked.

Tom peered at the instrument panel. “Hang on… we’re out of gas!”

Out of gas! How ridiculous! We had to laugh at ourselves — neither of us had ever run a car out of gas, even as teen drivers. We managed to start the car up and coax it a couple hundred yards down the road to the gas station — where it promptly died again 20 feet from the pump, this time for good. Again, we had to laugh. The van is too heavy to push, so I went into the station and bought a small gas canister. After spilling not a small amount of gas all over my hands and the ground, we finally got enough gas in the car to get it started and drive the 20 feet to the pump. We filled it up and marveled at the size of the gas tank — 35 gallons. We felt lucky despite it all. I’ll take an empty gas tank over real car problems any day.

I must have jinxed us with this thought because three days later we found ourselves at the toll gate before the 23-mile Lake Pontchartrain Causeway with a flat tire. And four days after that we were bouncing along in a tow truck in East Texas with the van trailing behind us — and a dead battery and alternator. But they say these things come in threes (or at least that’s what my mom says) and we’re back on the road with a functioning van. And we just have to laugh.

Many, many, many thanks to our friend Megan Cheek and her husband Jason, who generously hosted us in Alabama. 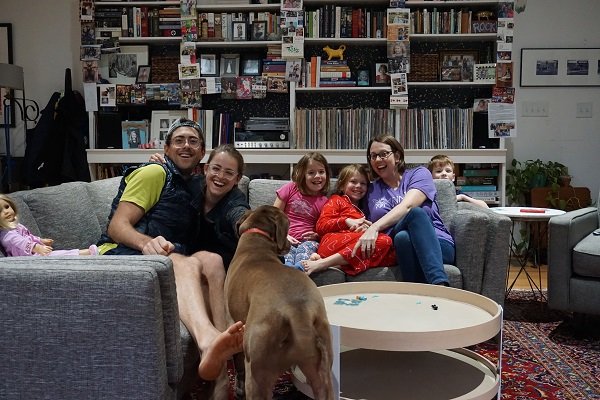 All the very best,
Kate and Tom

P.S. We’re headed to Texas and New Mexico next. We’re also gearing up for our trip to Hawaii in a few weeks! Add some pins to our interactive map if you have suggestions for us. 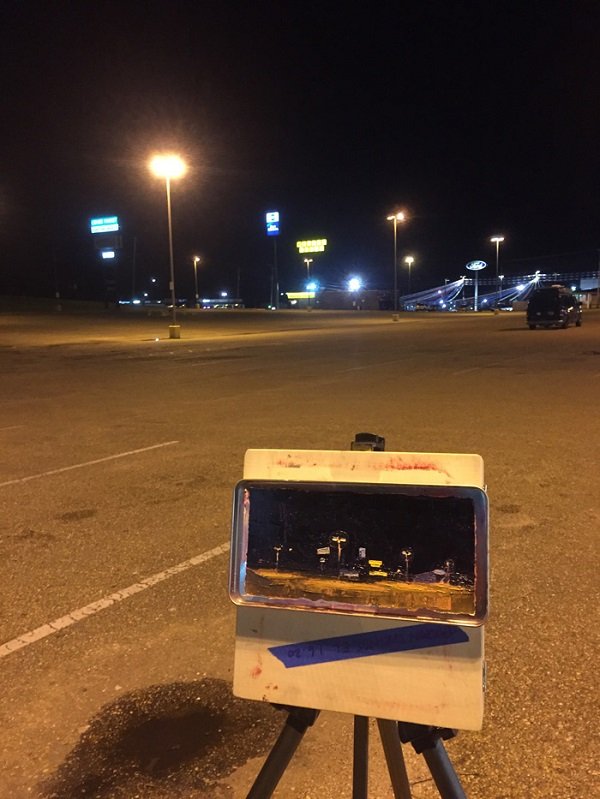 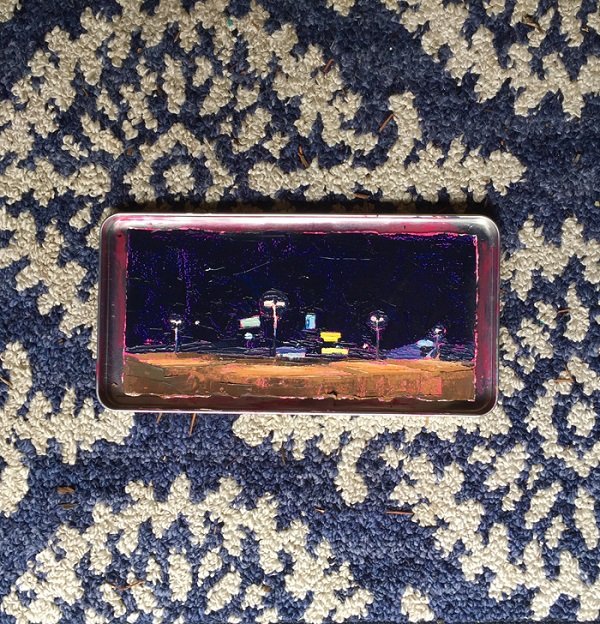 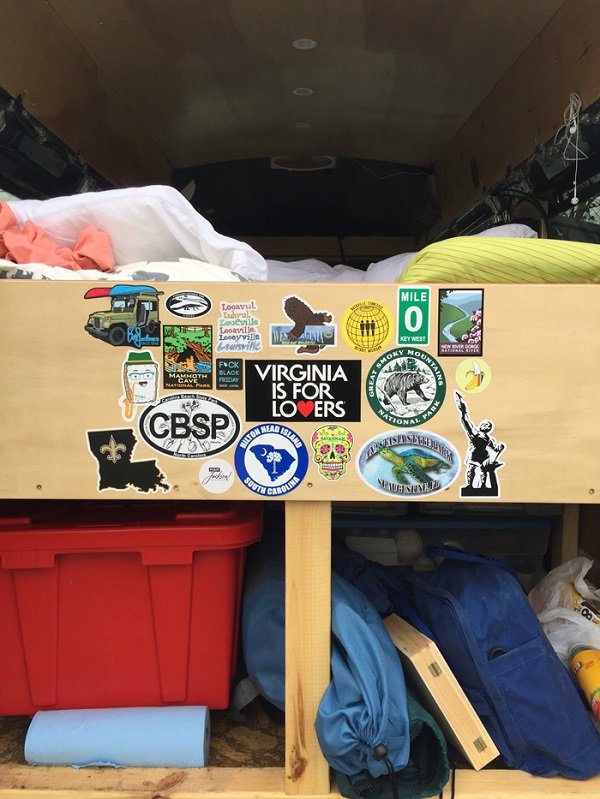 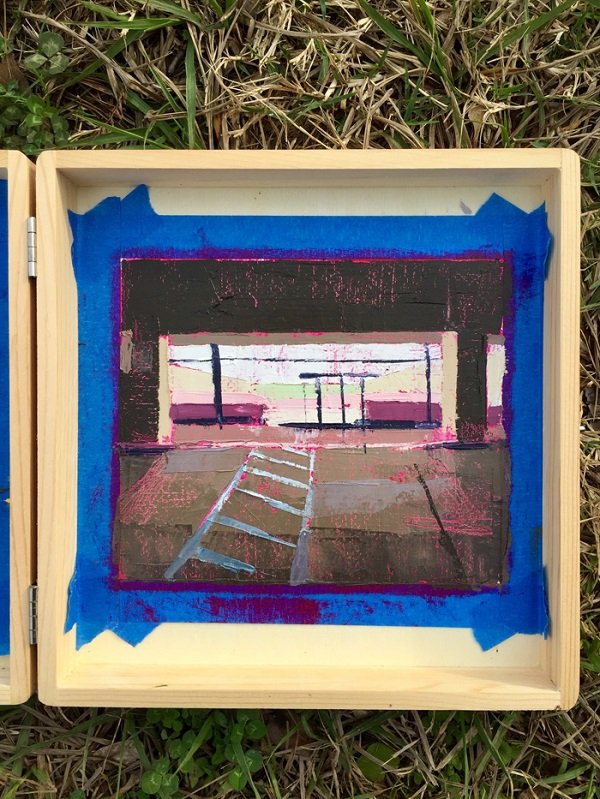 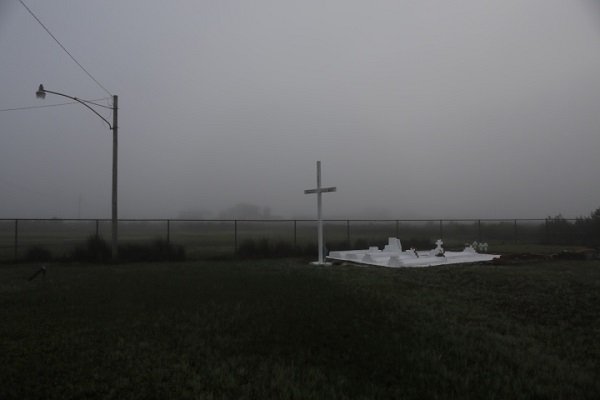 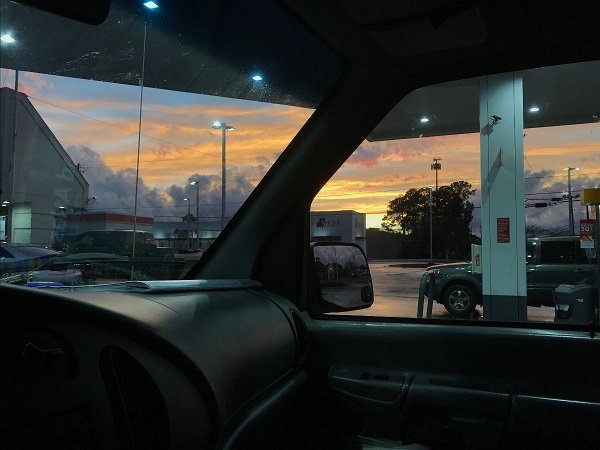 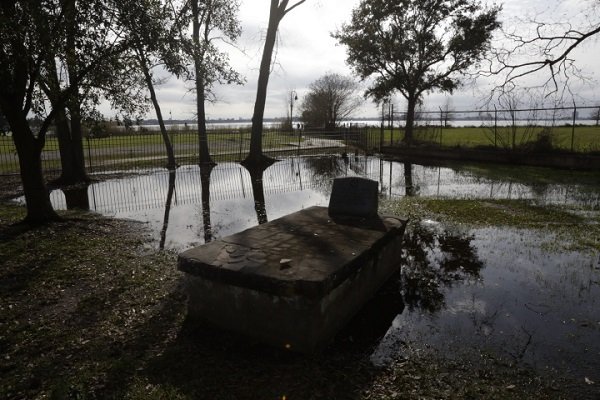