WPA has announced the election of co-chairs to its board of directors. They are curator and academic Ashley Givens and television producer and director Jocelyn Sigue . As the WPA bylaws require a period of overlap between the current chair and the future chair(s), they will assume their responsibilities in January 2021. They succeed Jim Ritter, a finance attorney who has served as Board Chair since 2015. He has led the organization through a capital campaign, the hiring of an executive director, a relocation, and a strategic repositioning. He has been on the board since 2009. 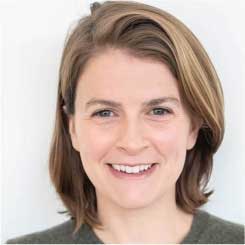 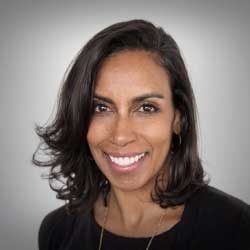 “In transitioning from a single chair to a co-chair model for the Executive Committee, we are demonstrating our commitment to collaboration, one of our core values, at the highest level of our governance,” says Peter Nesbett, WPA’s Keeper of Imaginative Futures. “Now all of our board committees are helmed by teams rather than individuals.”

Additionally, WPA is thrilled to announce the election of three new directors: Kate Christenberry, Nekisha Durrett, and Nadia Husty. These additions add significantly to the board’s expertise in art history, curating, and marketing.

About the Co-Chairs Elect:

Ashley Givens is an independent curator and academic with expertise in both nineteenth century and contemporary art. Until recently, she served as Professorial Lecturer in the department of Art History at The George Washington University. She previously worked as a curator in the photographs department of the Victoria and Albert Museum in London. Ashley earned her Ph.D. at the Courtauld Institute in London. Since joining the board of Washington Project for the Arts in 2018, Ashley has taken on roles of increasing responsibility. She assumes the Co-Chair role with a dedication to the mission of the organization, a focus on facilitating the best possible programming and excitement about the broad range of experiences and expertise of her WPA colleagues.

Jocelyn Sigue is a producer and director of television and video specializing in branded media content for corporate and non-profit clients worldwide. Since joining the board of Washington Project for the Arts in 2011, Jocelyn has led the board’s efforts to locate and move the organization into its current gallery and office space in Washington’s Shaw neighborhood and helped lead the capital campaign that made that move possible. Jocelyn’s work as Co-Chair of development continues as she takes on the leadership role as Co-Chair of the board. Jocelyn earned a B.S. and M.S. from Northwestern University’s Medill School of Journalism.

About the New Board Members:

Kate Christenberry is Director of the William Christenberry Studio and manages artist William Christenberry’s Estate. Her responsibilities include coordinating with galleries, museums, and curators nationally and internationally on exhibitions, and arranging sales to individual collectors and museums. Additionally, Kate has worked as an Appraisal Assistant with Artemis, as a Project Coordinator for Corporation for Public Broadcasting, and as an Operations Assistant at Distributed Art Publishers. She holds a BFA from New York University’s Tisch School for the Arts, where she majored in television and film production.

Nekisha Durrett creates bold and playful large-scale installations and public art that aim to make the ordinary enchanting and awe inspiring while summoning subject matter that is often underrepresented or overlooked in visual culture. She recently completed a commission for the DC Public Library’s newly reopened Mies van der Rohe building. She also teaches in the Museum Studies program at Duke Ellington School of the Arts. Nekisha earned her BFA at The Cooper Union in New York City and MFA from The University of Michigan School of Art and Design as a Horace H. Rackham Fellow.

Nadia Husty is the Marketing Director for CBRE Mid-Atlantic, which includes Washington, DC, Bethesda, Baltimore, Tysons, and Norfolk. Previously, she worked as Marketing Manager at Perkins + Will, and Regional Marketing Practice Area Leader at Gensler architecture firm, and Marketing Graphics & Exhibit Design Coordinator at the Corcoran Gallery of Art. She is also an artist, designer, curator, and collector. She holds a MA in Exhibition Design from the Corcoran School for the Arts and Design, and a BA in Creative Communications from Mercyhurst College in Erie, PA.