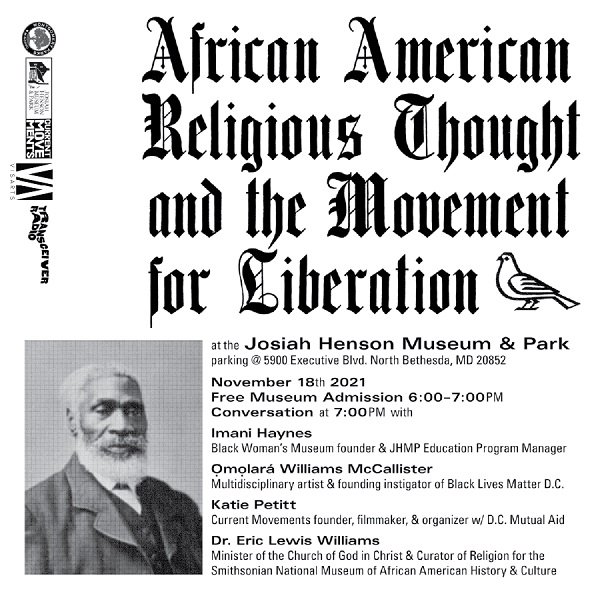 Curated by 2021 Emerging Curator Joshua Gamma, Keep A-Knockin’ or Sex, Race, God, Rock N’ Roll: An American Apocalypse is an exhibition of artists working through the legacy of rebellious American Protestantism and its tendrils in everything from ecstatic experience in popular music to gender and sexual politics, from the cultish allure of authoritarian leaders and conspiracy theories to the beloved community of the civil rights movement, from the utopian to the apocalyptic visions that keep a-knockin’ through the years.

“Behold, I stand at the door, and knock: if anyone hear my voice, and open the door, I will come in to them, and will sup with them, and they with me.” – Revelation 3:20

“A large fraction of Americans wanted or needed to believe they lived in an enchanted time and place, that the country swarmed with supernatural wonders, and that mid-nineteenth century America was like the Holy Land of the early first century, when Jesus was only one among many itinerant prophets and wizards and healers wandering the eastern Mediterranean.” – Kurt Andersen, Fantasyland

Joshua Gamma is a curator and designer based in Baltimore, Md. His practice lives at the crossroads of art, design, music, history, and activism.

Gamma’s nomadic childhood as the son of a U.S. Coast Guardsman, and his own service in the U.S. Army in Afghanistan, inform his multifaceted work, as do his experiences as a community radio DJ, the singer in the Austin-based punk band The Mole People, and a member of various art and activist collectives.

Gamma received a B.F.A. in Design and a B.A. in Studio Art from The University of Texas at Austin, and an M.F.A. in Curatorial Practice from the Maryland Institute College of Art (MICA) in Baltimore, Md.

In addition to being VisArts’ 2021 Emerging Curator, Gamma is the Design Director at Current Movements, a Washington, D.C.-based organization connecting activists, organizations, and movements around the world using film, art, and technology. Gamma is currently designing a series of artist archive books with Minerva Projects.

A Conversation at the Josiah Henson Museum

In conjunction with Keep A-Knockin’, VisArts, Current Movements, and the Josiah Henson Museum present a conversation on the legacy of African American religious thought in social movement organizing in the U.S. and beyond.

The panel will discuss the legacy of African American religious thought in social movement organizing in the U.S. and beyond. Participants include Imani Haynes, the founder of the Black Woman’s Museum and education program manager at the Josiah Henson Museum; Ọmọlará Williams McCallister, multidisciplinary artist and founding instigator of Black Lives Matter D.C; Katie Petitt, Current Movements founder, filmmaker, and organizer currently involved with D.C. Mutual Aid (formerly involved in Black Lives Matter D.C. and Standing Rock); and Dr. Eric Lewis Williams, ordained minister of the Church of God in Christ and Curator of Religion for the Smithsonian National Museum of African American History and Culture.

The event will be recorded and later broadcast as part of an episode of Current Movements’ Insurgent Imagination, a podcast considering the intersections of storytelling, artistic practice, and movements for collective liberation.

The Josiah Henson Museum and Park is the former plantation where Reverend Josiah Henson was enslaved. Henson eventually escaped to Canada, where he helped to establish a city inhabited by former slaves, continued his ministry, and became an international speaker and abolitionist. He led 118 people from enslavement in the U.S. to freedom in Canada as a conductor on the Underground Railroad.

Usually airing on XRAY.FM (91.1 FM, 107.1 FM, and online), ‘Buked & Scorned, on November 11 at 7 p.m., offers an hour of raw, rare, otherworldly gospel music. DJ Yeti, aka Mike McGonigal, has been collecting gospel 45s for years, curating the CD compilations Fire in My Bones (2009) and This May Be My Last Time Singing (2011) for Tompkins Square Records. McGonigal also edits the music and art publication Maggot Brain, previously edited the publication Yeti, and wrote the 33 ⅓ book on My Bloody Valentine’s Loveless.

Psychedelic Jesus Freaks: An Introduction to the Music of the Late Great Jesus Movement [1965–1980]

Join Los Angeles-via-Austin-based singer-songwriter, Alex Dupree, Professional Wizard, Devin Person, and Keep A-Knockin’ curator, Joshua Gamma, on December 9, 2021 at 7 p.m. for a mind-bending journey through the psychedelic rock and trippy folk records that emerged from the Jesus People Movement of the late-1960s until the dawn of the Reagan era – an unexpected holy union of charismatic Christianity and the hippie counterculture.

Listen to Transceiver Radio on December 16, 2021 at 7 p.m. for a queer double feature broadcast. In An Ode to Rosetta, Hoeteps (a.k.a. Markele Cullins) + Babizulu channel a live interference from a future liberated Black queer outer space utopia into our regularly scheduled radio programming (original air date: May 3, 2019). Led by S.M. Prescott, Joyful Rage is a holy, queer liturgy from the Deep South. To be said, prayed, sung, or screamed; kneeling, sitting, standing, or in procession; as you feel led and as you are able. Leave your hang-ups behind (original air date: November 12, 2020).

The talk is at the Josiah Henson Museum & Park, 11410 Old Georgetown Road in North Bethesda, MD.

An opening reception is scheduled for Saturday, May 21 from 5pm to 8pm.

An opening is scheduled for Friday, June 10 from 7pm to 9pm.

A first Friday reception is scheduled for Friday, June 3 from 5pm to 7pm.

An opening is scheduled for Friday, May 20 at 6pm.