The mural event took place on the former Mayor’s birthday, March 6, 2015. During his many thanks to Mayor Bowser for the Naming Commission’s compact and to the muralist, Jay Coleman, for his artwork, the late mayor’s son Christopher Barry remarked, “My father, Marion Barry—he was not just a Ward Eight Councilman. Or a local politician. He was a leader. And he stood up for people across the globe who faced injustice. It was forty-plus years of service and commitment. So, he left a mark and inspiration and a guide for all of us to follow. This may be the birthday and he may be gone but he’s definitely left an example for us to follow and a vision for us to take into the future.”

Four Points LLC principal Stan Voudrie commissioned the mural to honor fourtime Mayor of the District of Columbia, Ward 8 Councilman and Civil Rights icon, the Honorable Marion Barry. The mural is an expression of appreciation for the political and civic leadership of the late Mayor for Life.
The mural is twelve feet by sixteen feet, acrylic on plywood, and located adjacent to the Curtis Investment Group building at 2024 Shannon Place, SE; It is viewable from the northbound lanes of 295.

A photographic essay of the event follows.

Media setting up for the mural inauguration at 2024 Shannon Place SE. Photo by Wade Carey for East City Art.

View of the mural. Photo by Wade Carey for East City Art.

Wade Carey was born at George Washington University Hospital during a typical July heat wave. His mother insisted on being taken to GW and not Columbia Hospital for Women because the newer delivery rooms at GW had air-conditioning and by the time he was born she was refusing to wear anything but a giant cotton flour sack (true). He discovered the East City in 1964 when mother Helen started work as a real estate broker. He remembers a time before there was a Metro, when the streetcar tracks torn out, when bus companies were for profit and when the people chanted, “O. Roy Chalk is a capitalist pig.” He remembers the old theaters near Eastern Market going dark and H and 8th Streets before the riots. He began publishing Friday, January 22nd, 2010, at www.wadecarey.wordpress.com, writing about the experience of undergoing a stem cell transplant to treat multiple myeloma. He and his husband Ted Coltman live near Eastern Market. Life partners since 1976, they have lived one place or another in Southeast since 1979. He now is devoting much of his time and energy to making sure that artists living or exhibiting their work in and around the East City get a chance to make bigger splashes everywhere. 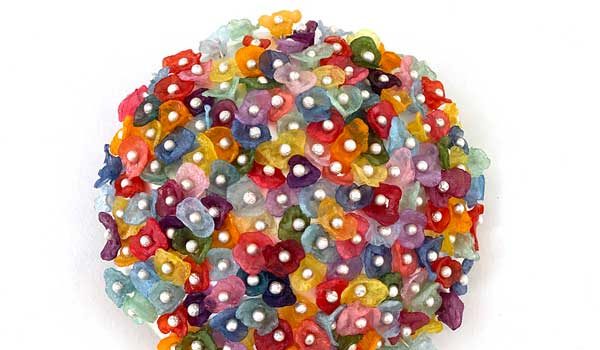