Saturday, December 9 from 12pm to 5pm
Get out to Mt. Rainier, the jewel of the Gateway Arts District, and see the work of Ellyn Weiss, the studio mates at Orange Door Studios, Ellen Sinel and Jassie Rios, as well as Sean Hennessy, Dave Mordini and the crew at Otis Street Arts Project, Laurel Lukaszewski and her mates at White Point Studios, Janis Goodman and many many more. And then mosey on down the road to see the artists in Brentwood and Hyattsville.

A Reflection on Current Social Justice Issues will be on view during the Winter Open Studios in Mount Rainier, December 9, 2017 from noon to 4 pm at the Blue Door Studios, 3704 Otis (rear parking lot), Mt. Rainier, MD.

In an effort to bring attention to power relationships within the United States, Maryland artist Alonzo Davis’s art project is using “bullet proof vests” as worn by law enforcement as visual metaphors.

Not until the artist created the collage/painting, Targeted In The USA did it occur to him that the bulletproof vest is as potent a symbol as the target. The idea for the installation came from a meeting he attended between law enforcement and the community held in Prince George’s County, Maryland. “The police wore their vests,” said Davis, “and the people did not. We were vulnerable.”

The vests are embellished with collaged photographs, paint, tags and will be displayed, suspended and worn by performance artists.

“Violence does not always come out of the barrel of a gun. Social injustices that violate our civil rights and liberties also do damage to the heart, the mind and the spirit.”

Join Wayson R. Jones and other artists of the Gateway Arts District as they host open studios Saturday, December 9, 12-4.  Jones will have new work on display as well as collectible small work at Studio 314, 4303 Rhode Island Ave, Brentwood, MD 20722. 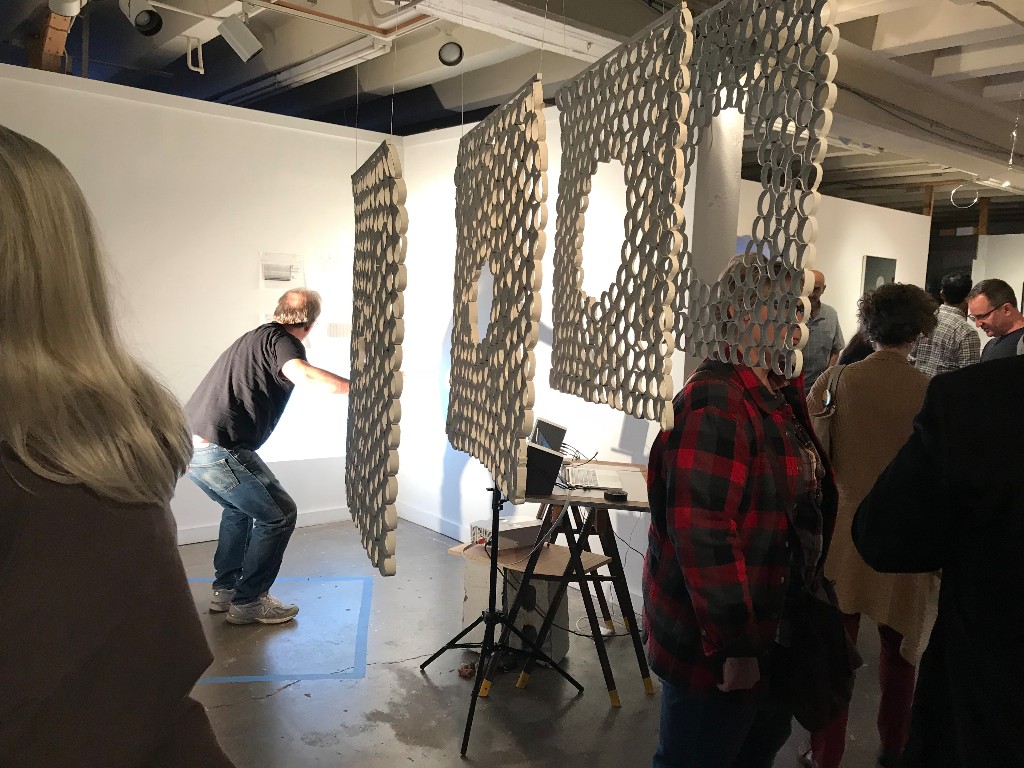 Guests are invited to the Winter Open Studios at the Gateway Arts Center and the ez Storage Studios, one block from the other, free and open to the public. The Brentwood Arts Exchange is having their annual Craft Fair and artists from both buildings are opening their studios.