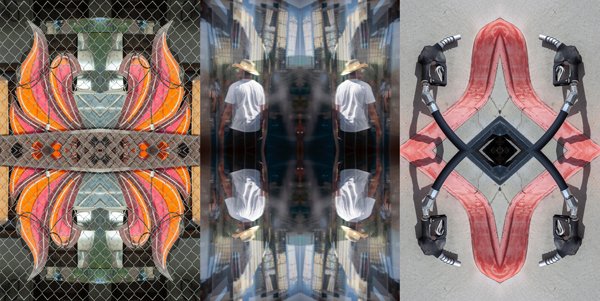 Opens to the public: Saturday, September 17

Embassy of Sweden presents Faraway So Close: Swedish Artists Look at the United States, an exhibition with photography and video art that shows American culture and society depicted by prominent Swedish artists.

In Faraway So Close, documentary images from the 1960s are shown in parallel with contemporary Swedish artists’ views of the United States today. Many of the participating artists are particularly interested in exploring a different reality of the United States – one that goes beyond the more traditional and idealized view often encountered in Sweden.

Despite the physical distance, the United States has long been at the center of debates and has acted as a role model for Sweden and Swedish cultural life. Following the Second World War, American popular culture grew and spread in Sweden, and it has been a dominant factor in the Swedish cultural scene ever since.

“We are proud to host Faraway So Close here at House of Sweden in Washington, DC,” says Helene Larsson Pousette, Curator and Cultural Counselor at the Embassy of Sweden. “This art exhibition takes its starting point in the significant impact that American culture has had on Swedish society and the longstanding relationship between our two countries. In the late 19th and early 20th century, more than a third of the Swedish population emigrated to America; today, 3.8 million Americans are of Swedish descent.”

The following artists participate in Faraway So Close: Annika Elisabeth von Hausswolff, Axel Annica Karlsson Rixon, Hannah Modigh, Lars Tunbjörk, Mats Hjelm, Sara Jordenö and Twiggy Pucci Garçon, Sune Jonsson, and Tova Mozard. The selection of art works reflects the participating artists’ personal views of Sweden’s “neighboring” country on the other side of the Atlantic. The exhibition is curated by Helene Larsson Pousette and Johan Pousette and is produced by the Embassy of Sweden in Washington, DC. It will be on display in House of Sweden from September 17, 2022, through February 19, 2023.

House of Sweden is open to the public every Saturday and Sunday between 12:00pm to 5:00pm (ET). For more information about current and upcoming exhibitions, visit the House of Sweden website:  www.houseofsweden.com

An opening is scheduled for Saturday, February 11 from 6pm to 8pm.

The fundraiser is scheduled for Sunday, February 19 from 6pm to 9pm.

A reception is scheduled for Saturday, February 11 from 6pm to 8pm.

The sale is scheduled for Saturday, February 11 from 2pm to 5pm.

The open studio is scheduled for Saturday, February 11 from 12pm to 4pm.

An opening reception is scheduled for Friday, February 10 from 6pm to 8pm.