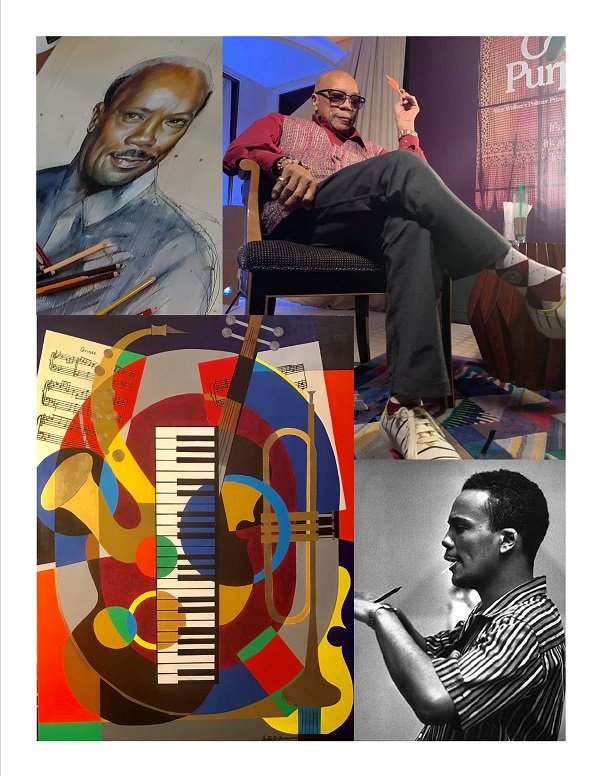 Courtesy of the Gallery at Children’s National Health System.

A group exhibition featuring the works of internationally and nationally known artists  from diverse backgrounds celebrating the life and legacy of Quincy Jones  through the different mediums of the arts; paintings, collage, photographs, drawings and music.

The Creative & Therapeutic Arts Services at Children’s National Hospital is proud to host an art exhibition celebrating and honoring the legacy of the musical genius and world renowned artist Quincy Jones.

Quincy Jones was convinced at an early age to explore music by his teenage friend Ray Charles. He played in various bands through the 50’s, began composing for film and television in the mid 60’s and eventually produced over 50 scores. He is best known as a composer and record producer for legendary musicians such as Michael Jackson, Frank Sinatra, Aretha Franklin and Celine Dion. He’s also the most Grammy-nominated artist in history, with 79 nominations and 27 wins. Quincy Jones founded a charity for youth in 1985.