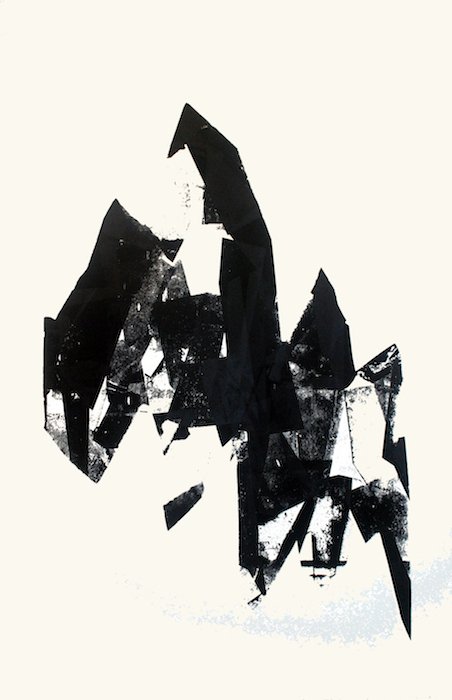 The Lobby Project has been extended and will present a new installation by Fawna Xiao, entitled, Black Mountains, as a continuation of the project in partnership with NoMa BID.

About the Artist
Printmaker Fawna Xiao’s “Black Mountains” are abstracted responses to black and white photographs of mountains covered in snow, with a focus on rocky faces and folds. The series is an exploration in texture and shape; Xiao seeks to transform the natural landscape into unnatural geometry.

All of Xiao’s frames are handmade by her and her father. All prints are one-of-a-kinds, no editions.

Fawna Xiao is a printmaker based out of the Atlas District in Washington, DC. She first learned to screenprint after hitting the mini-jackpot at a New Zealand casino, and promptly put her newly won funds to work. She built wooden frames, stapled some wedding veil fabric to them and started printing. Fawna recently launched herself into the DC art scene with a sold out solo show at Hillyer Art Space and has continued to show her work around the city.

The project location is in the lobby of 1200 First St. NE. For more information about the project, please visit www.NerdsintheLobby.com.

About the Lobby Project: Washington Project for the Arts (WPA) partners with the NoMa Business Improvement District (NoMa BID) to create a changing installation of artwork by outstanding artists for the NoMa Lobby Project. The Lobby Project, made possible by a grant from the Office of Planning, will create a new space in an existing place. The project is an activation of an office lobby with a ‘Nerds in NoMa’ speaker series, art, wifi, lectures, and the creation of a new social and professional gathering space. The project takes place in the lobby of 1200 First St. NE from early November to mid-April. The physical space will be a comfortable and enjoyable place to collaborate, work, rest or connect with others. The design of the lobby has been provided, gratis, by Ayers Saint Gross.

About WPA: Washington Project for the Arts (WPA) is an independent, nonprofit 501 (c)(3) organization whose mission is to serve as a catalyst for contemporary art. WPA supports artists at all stages of their careers and promotes contemporary art by presenting exhibitions, issues, and ideas that stimulate public dialogue on art and culture. Visit: www.wpadc.org. 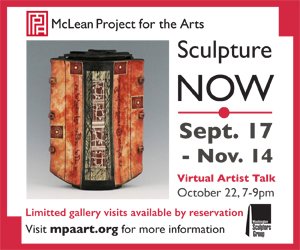