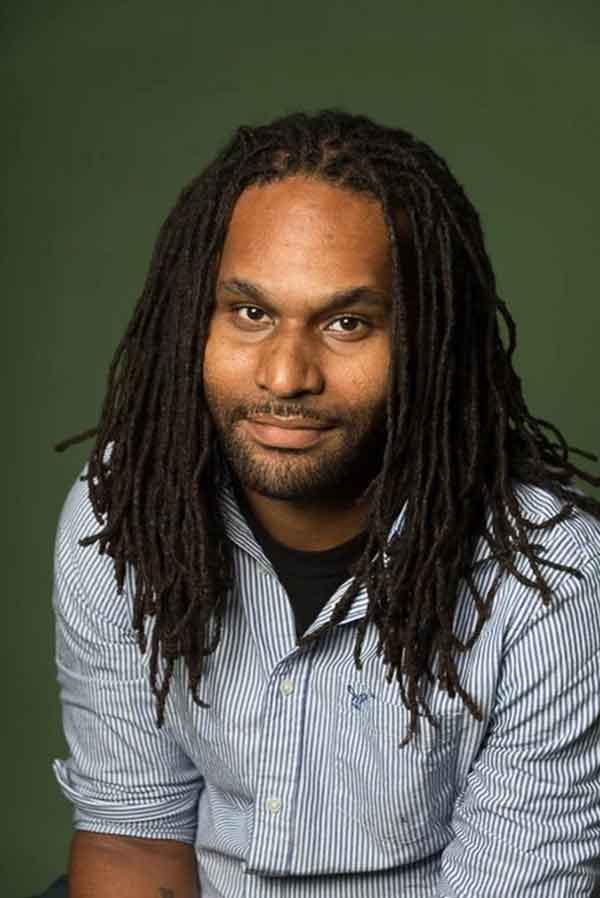 “My high school counselor told me I couldn’t get into MICA [Maryland Institute College of Art],” Dixon said. In the end, Nehemiah Dixon would prove her wrong. Not only would he graduate from MICA with a degree in General Fine Arts, but he would go on to create work purchased by international collectors, found his own company and, more recently, direct community engagement for one of DC’s—and the world’s—most prestigious art institutions, The Phillips Collection in northwest DC.

Dixon’s life journey began on Southern Ave. SE. Born at Greater Southeast Community Hospital, Dixon grew up nearby, mainly in Hillcrest. His grandparents lived on Camden St. SE for over 65 years until their recent passing. He attended Anne Beers Elementary school and later graduated from School Without Walls.

“Attending MICA was always my plan,” Dixon explains. However, he started his undergraduate studies at Bowie State, and then transferred to Delaware College of Art and Design before finally applying and matriculating at MICA, training as a painter. His mother’s sudden passing in 2004 led Dixon to suspend his studies; he would later finish the two courses he needed to finally graduate in 2013. 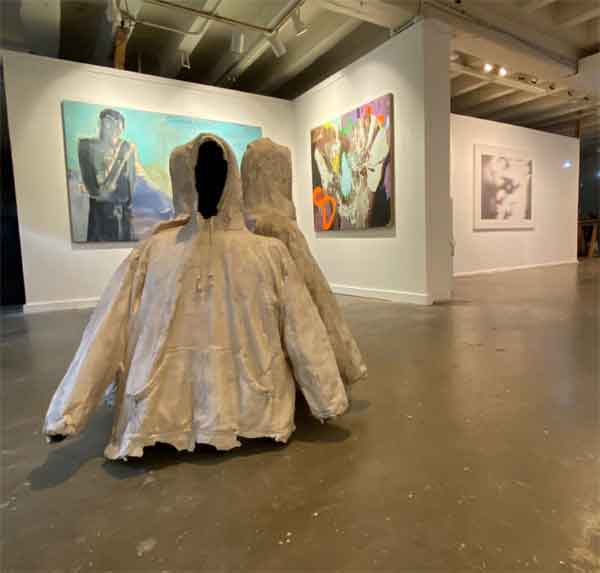 Hoodies
On July 13, 2013, George Zimmerman was acquitted of the second-degree charge of murdering Trayvon Martin. In reaction to this injustice, Dixon began to work furiously to respond to the outpouring of emotions he felt. After working on numerous drafts, Dixon concluded that the work he would create had to be three dimensional to have the impact he sought.

But Dixon was trained as a painter.

“Painting was my first passion, but at MICA I found that all of our paintings looked alike,” Dixon said. If he were to do it all over again, “I would have studied sculpture instead.” Undeterred by hindsight, Dixon’s critically acclaimed “Hoodies” series, which earned him local and internationally acclaim, are in fact sculptures.

To create the series, Dixon tapped into his network. He talked to seasoned artists like Alonzo Davis and Alan Binstock. Binstock has created many publicly commissioned sculptures and is an expert at using resin and steel.  Resin is a type of plastic that molds easily into various forms.  Dixon began practicing manipulating resin and fabric to combine the two mediums.  He even talked to a chemistry professor to understand how to gain mastery over the substance.

Dixon produced two series of final works—a series of “Black Hoodies” and a series of “White Hoodies” cast from the former works. The sculptures have been shown throughout the region at numerous galleries and at the Foggy Bottom Sculpture Biennial in 2018. The works have been purchased by local and international collectors including one in London.

It Takes A Network
Before reaching his rising status as an artist, Dixon remembers the long windy road he took to get there. In 2007, he showed work in a group exhibition at the Pass Gallery, a commercial space located off 16th Street NW while working at his first job at The Phillips Collection. There he connected with one of the installers who worked for a local company called Artex. Dixon was so taken by the work of the installers that he applied for and eventually got hired by the company. He spent several years working on large-scale installations at world-class regional museums like the National Gallery of Art.

His next break came at Joe’s Movement Emporium in Mount Rainier, Maryland. His mother-in-law’s nonprofit partnered with Joe’s, and that is how he met Brooke Kidd, the organization’s executive director. While she wasn’t hiring at the time, Kidd contracted Dixon to teach a visual arts class and it very quickly led to Dixon being hired full-time as an arts instructor.

Dixon caught the attention of Barbara Johnson of neighboring Art Works Now where he eventually went to work as managing director. He was particularly interested in the arts organization as its mission focuses on social justice. Before Dixon could settle into his new position, major grant funding led to a creative placemaking initiative in Maryland’s Gateway Arts District called Art Lives Here. Once again, Dixon was thrust into a new leadership role. “This is when I learned to become an arts administrator,” he says, as he managed part of the massive year-long project and grant.

From 2016-2019 Dixon then formed his own company called Nonstop Art. He was contracted by several organizations to produce community-engaged arts programming including creating a community maker space at Oxon Run Manor (which was previously covered by East of the River), work at various Prince George’s County elementary schools with artists Leslie Holt and Tsedaye Makonnen, and public programming at Brookland Manor Apartments.

During this time, after attending an annual Art Table event titled State of Art DC, Dixon met and connected with Director Dorothy Kosinski of The Phillips Collection. He learned about an opening at The Philips Collection and decided to seize the opportunity. Earlier this year, he went through the interview process leading him to become Director of Community Engagement for the respected institution. Dixon’s career has now come full-circle.

Many scientists often repeat the old adage that “chance favors the prepared mind.” In Dixon’s case, creating a vast network of people has provided him opportunities as an artist and as an arts administrator. But these people are not just pick out at random. According to Dixon, these are people whom you love, who support you and who are, as Dixon puts it “your greatest cheerleaders,” like fellow artists Mark and Denise Wamaling. Within his network, Dixon also credits his success to Margaret Boozer, co-director of Red Dirt Studios, another person who has had a profound influence over him. In his spare time, Dixon continues his artistic practice at Red Dirt in Mount Rainier, MD where he maintains a studio.

Ultimately, it was one of Dixon’s professors at MICA whose words he never forgot. He told his students: “the people you meet after school will become your network; choose them well. These are the people who will help you grow and find opportunities.”