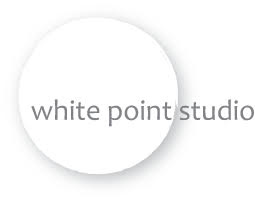 There have been some changes going on recently in the artist studios that make up the section of the Gateway Arts District known as “Artists on the Tracks”. Flux Studios and its Director, Novie Trump have moved out West, and the Shakespeare Theater Prop Department has consolidated its prop and costume storage space to a new location in DC.

Laurel has exhibited across the country and in the UK. Since 2006, she has had ten solo exhibitions in the United States. A founding member of Flux Studios in Mount Rainier, MD, Laurel has served on a number of nonprofit boards including the Washington Sculptors Group, the National Cherry Blossom Festival and the Washington Project for the Arts Artist Council. Many of Laurel’s artworks are composed of extruded forms resembling three-dimensional line drawings or calligraphic brushstrokes; others are installations of hundreds of hand-formed objects reflecting nature, focusing on the idea of a moment captured in time, a reference to Japanese tea ceremony concepts. Her work is influenced by her study of and work with Japan over the past two decades.

“Having worked in the Gateway Arts District for over a decade, I couldn’t imagine moving my space anywhere else” Laurel said; “I am extremely excited to have a talented group of artists share the space with me, and am fortunate to remain in close proximity to studios like the Washington Glass School and Red Dirt, among many others.”

White Point Studio will host its its inaugural Open Studio on Saturday, December 13, 2014, from noon to 5 p.m. in coordination with neighboring studios, including the Washington Glass School and the studios of Ellyn Weiss, Ellen Sinel and others. The Open House will showcase works in progress by resident artists, as well as art for the holidays.