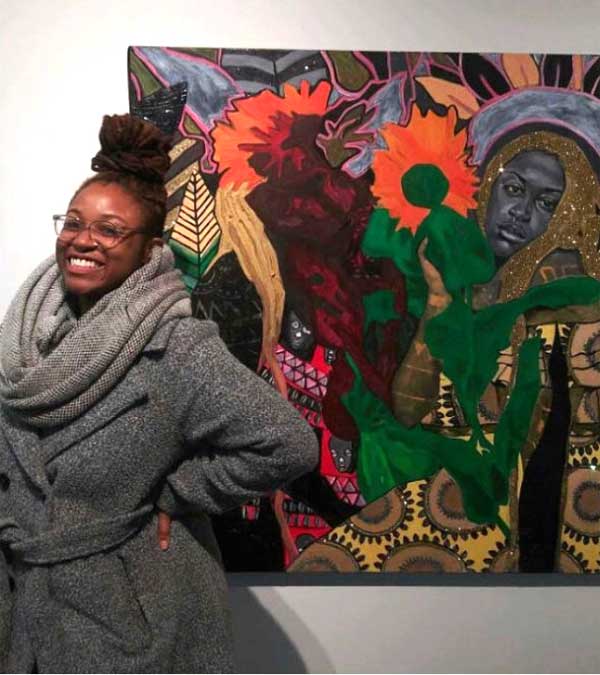 Post-independence Senegalese playwright Abdou Anta Kâ deftly wrote that “one had to find inspiration in myth to write today and tomorrow’s histories. Men have a tendency to change but not the gods–the gods are eternal.”

It is within this framework of renewed interest about their cultural origins and ancestry that many writers and artists of African descent, whether living in post-colonial Africa or in the diaspora, have sought to rediscover and reexamine their identity.

Artist and educator Asha Elana Casey connected with the following words of American playwright, poet and Black feminist Ntozake Shange so strongly that it has become the underlying theme of her artistic practice: “I found God in myself and I love her fiercely.”

Inspired by a desire to connect with her ancestors, Casey discovered Ifa, the religion of the Yoruba people who live in the West African nations of Nigeria, Togo, Ghana and Benin. Their belief system is one which she has come to espouse as her own. 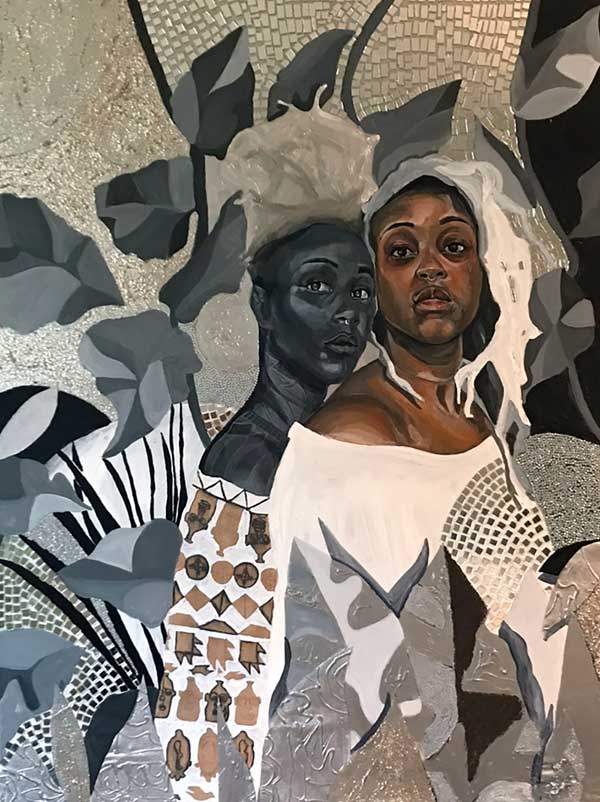 A DC native, Casey grew up in one of the verdant neighborhoods abutting the sprawling forests of Fort Dupont Park and later moved to Hillcrest. An avid drawer since childhood, when it came time to look for high schools, her mother’s co-worker recommended she attend Duke Ellington School of the Arts in Georgetown, which has been a magnet school for cultivating excellence in the fine arts since the early 1970s.

While the immersive arts education at Ellington allowed Casey to flourish, what solidified Casey’s calling as an artist was a residency at Anderson Ranch Arts Center in Aspen, Colorado. “I decided that maybe I could be an artist,” she concluded after her time in the Rockies.

While Casey credits the skills she learned at Ellington for laying the foundation for her artistic career, she recalls having a very different experience in college. “At the Corcoran, I learned how to be an intellectual. I felt I had to over-explain my work and defend my intelligence. I got a taste of what it meant to be a Black artist in America.”

She remembers that “it wasn’t until college that I started reading Black Feminist literature and looking into African spiritual systems. My journey started after reading an article about the artist Laolu Senbanjo’s work. Then I read the book ‘Flash of the Spirit’ by Robert Farris Thompson. From there, I sought out community resources to learn more about the tradition. But again, I know next to nothing still. It is a life-long journey of discovery.” 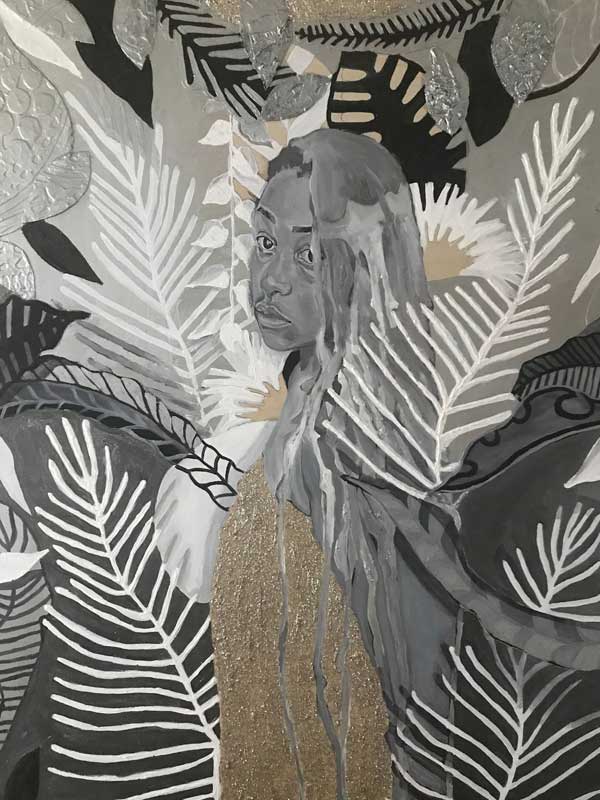 Casey has shown extensively in her five years since graduating from the Corcoran, in both solo and group exhibitions in Martha’s Vineyard, Baltimore and in galleries across the DC region. Currently, her work is on view at Honfleur Gallery in a two-person exhibition titled “Down in My Soul: Ancestors, Rituals, and Contemporary Practice” with Lionel Frazier White. Casey’s six works are part of an ongoing exploration into Yoruba mythology and the Ifa religion which connect her to the divine and to her ancestors.

At the Corcoran, Casey recalls the time one of her peers encouraged her connect with her African heritage and to shy away from using Christian religious forms to portray Black women. Turning to Yoruba mythology, Casey discovered Orishas who are similar to saints or the Virgin Mary in the Catholic tradition or Bodhisattvas in Buddhism. In all three religions, these beings act as intermediaries between humans and the divine realms.

Ever since, Casey’s paintings have taken on a religious tone. “I started to build a story particularly around my spiritual journey as I was learning more about this spiritual system. My artworks soon became self-portraits, because I knew I had the most freedom with my vessel.

“So each time I painted myself, I researched their energy and read their stories. I asked for guidance and it helped me to create an image of how they may exist within me.”

As her journey progressed, Casey described her palette as undergoing a transformation, becoming cooler in tone, incorporating elements of silver, white and even embossing mirrors in mosaic forms to reflect the viewer.

Casey explains how she followed this path: “In the Ifa tradition, you can seek out a reading to learn who rules your head. This informs your destiny. When I received my reading and learned which deity walked with me, I changed my palette to reflect that. Maybe that’s why I use mirrors because I’m literally reflecting my spirit. The rhinestones I use come from a Zora Neale Hurston folkloric story. To paraphrase the story, it was said that the souls shined like diamonds. That’s where God kept them because the humans’ clay wasn’t dry.”

While studying art at the Corcoran, Casey also received training as an educator. She worked as a teacher’s assistant at the prestigious ArtReach program at THEARC. Presently, she has come full circle and teaches visual art at her alma mater, Duke Ellington High School.

However, Casey senses a greater calling both as an artist and as a teacher, one in which her artistic practice continues while simultaneously deepening her affirmation of who she is as an African-American woman.

Casey has set her eyes on earning a Master’s of Fine Art, a degree that will allow her to teach at the college and graduate level. She specifically would like to teach at an HBCU (Historically Black College and University), in an art program as prestigious as the ones found at top rated graduate art programs.

Casey explains that, “an MFA gives you multiple things including validation and connections. So, I keep thinking about institutions and Black centers of learning—how do I contribute to institutions holding the arts to the highest standard. What does it look like when HBCUs are funded and promoted to young Black artists like the Ivy Leagues?”

“I’d like to see that future for schools for us by us. I always thought it would be great to create, encourage, and facilitate more Black spaces for professionals to be emotionally and intellectually safe.”

Read more about Asha at http://ashaelanacasey.com/.