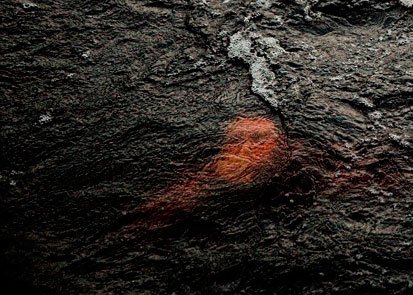 Artist Statement
Trees is the first series in Body Works and Water is my most recent work. Both series depict a continual evolution in which the figure reconstructs, transforms, reinvents and dissolves into itself and boundless space over and over again. Simultaneously I am a photographer, subject, and model. I am always trying to disappear in an attempt to dissociate and “let go”. I know the image I take is nearing completion when I no longer identify the body as my own. Each photograph walks the line between reality and fiction: questioning what is manipulated and what is real. The photographs speak to the transitory, the fragile and the elusiveness of time.

About the Artist
Chajana denHarder is an interdisciplinary artist who was born in the red light district of Amsterdam. She received her BFA from the Maryland Institute College of Art. Chajana has exhibited nationally and internationally including recent and current shows at The Gallery at Vivid Solutions (solo), District Modular (solo), National Airport, The Washington Project for the Arts (solo), The American University at The Katzen Arts Center and The District of Columbia Arts Center. Her work investigates assimilation and the transitory: change in form and the merging of self into other people, places and states of being. She is a member of Sparkplug, an artist’s collective sponsored by DCAC gallery and lives in Washington DC